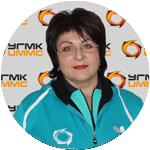 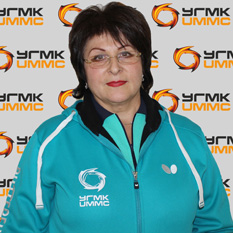 Honored Master of Sports of the USSR, multiple winner of the USSR and European Championships. Head coach of the Table Tennis Club UMMC. Under the guidance of Tatiana Kutergina, the Club proved to be the best team in Russia in the years 2010, 2013, 2016 and 2017 and won European Cup in 2013.

In the period from 1975 till 1978 she won the following awards at the USSR Championships:

In 1983 she became the Absolute Champion at the Russian Federation Spartakiad.