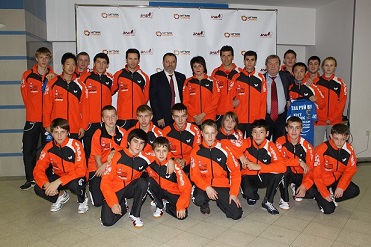 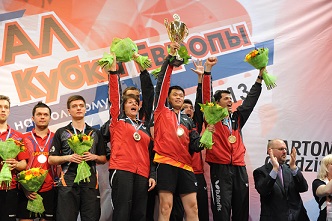 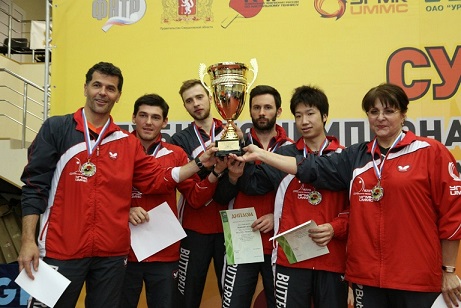 Table Tennis Club UMMC was founded in September 2007 in Verkhnaya Pyshma with the support of the Ural Mining and Metallurgical Company. World-renowned tennis players play for the Club from Verkhnaya Pyshma.

Table Tennis Club UMMC is involved not only with the world of professional sport but also promotes the popularization of the sport of table tennis among the population of Ekaterinburg, Verkhnaya Pyshma and other cities where the UMMC-holding enterprises are located.

“The program for Support and development of table tennis in the cities where the UMMC-holding enterprises are located” has been successfully implemented since 2012.

With the support of the Club UMMC, table tennis was introduced in the kindergartens and secondary school in Ekaterinburg and Verkhnaya Pyshma. The Club helps to organize children’s and amateur table tennis tournaments. Table tennis department was organized at the Children’s sport school “Leader”.